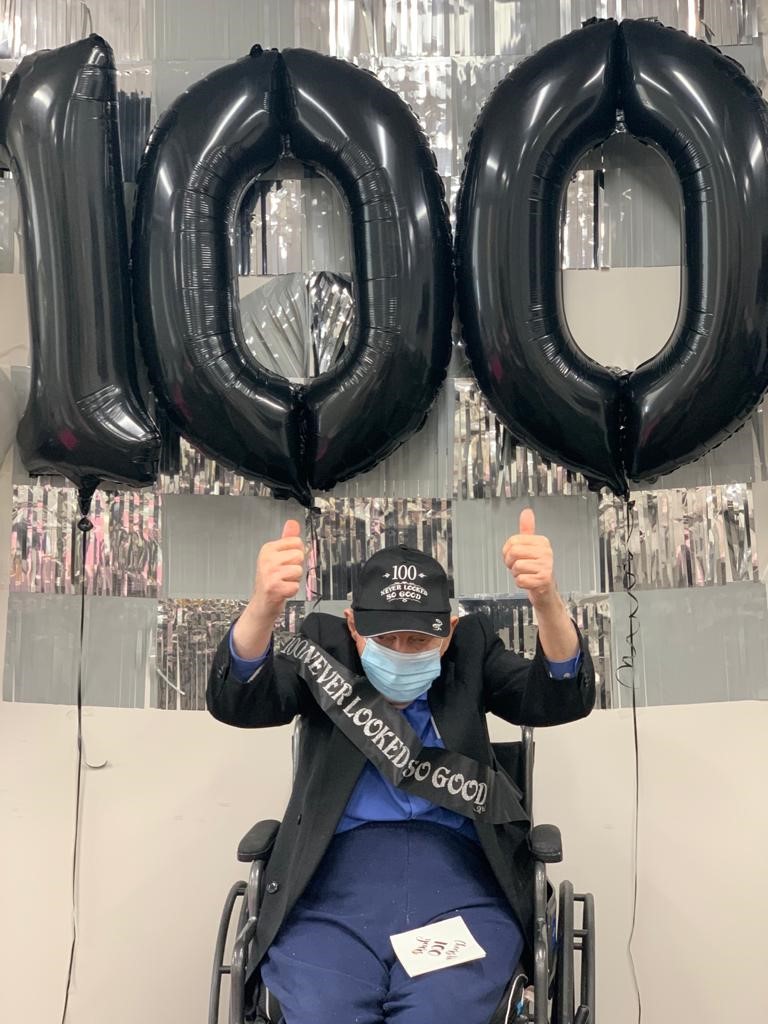 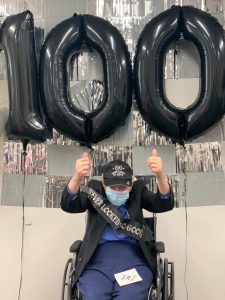 FREEHOLD, N.J., Jan. 26, 2021 – For Leon Kaplan, a resident of The Jewish Home for Rehabilitation & Nursing in Freehold who just celebrated his 100th birthday, staying connected with others and keeping his mind engaged have served as keys to a fulfilling life. The gregarious centenarian with a great wit loves to share puns and still follows the stock market every day.

Kaplan (pictured) celebrated his milestone birthday at the skilled nursing facility with a socially distant celebration hosted by the care team, virtual birthday party for family and friends, and, of course, cake. Among his gifts were proclamations from Senator Vin Gopal and Township of Freehold Mayor Lester Preston Jr.

“Everyone loves Leon, and his bright smile just lights up a room!” said Nava Gutman, director of activities at The Jewish Home. “He was so touched and humbled by all of the special attention for his birthday. During the celebration, he was true to form, entertaining everyone and joking that we shouldn’t worry because the first 100 years are the hardest, it gets easier from there!”

Born in Bayonne, N.J., on January 7, 1921, Kaplan turned a childhood passion for airplanes into an early career and success in airport traffic control for six years. That work and his adventurous spirit took him to Alaska, where he worked for the organization that would later be known as the Federal Aviation Administration. Kaplan also earned his pilot’s license and remembers his first flight as a special moment.

Kaplan shared many years of marriage with his loving wife, Sarah, and is the proud father of two sons and three grandchildren. For him, regular days – and very special ones – were waking up early, going to work, reading the paper in the evening, and having dinner with his family.

The engaging centenarian counts 32nd President Franklin D. Roosevelt (FDR) as one of his role models. Kaplan reflects that FDR’s strong leadership, smarts and calming presence was vitally important during a tumultuous time. To Kaplan, FDR’s speech following Pearl Harbor was one of the greatest in history.

“Leon has amazing recall and is always interesting to talk with about a range of topics, including history,” added Gutman. “He also delights in sharing stories with other residents and staff members to learn more about their experience.”